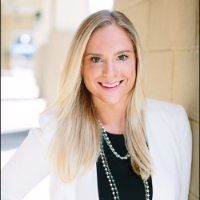 Cailin is a Vice President, Relationship Manager, at Bank of America Merrill Lynch in Raleigh. She recently joined Bank of America from PNC, where she worked in various roles within commercial banking for the past five years in Raleigh and Washington D.C.  Within the Raleigh community, she serves on the Board of Directors of the Contemporary Art Museum and is actively involves within the Raleigh Chamber YPN, Junior League of Raleigh, StepUp Ministry and Marbles Kids Museum.

Cailin is originally from New York, but move to Raleigh in 2012. She received her bachelor's degree from Wake Forest University in 2010 with a double major in Economics and Communication. Favorite activities include tennis, yoga and golf.