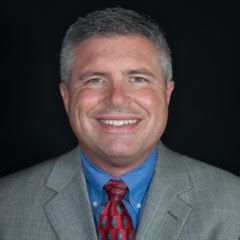 Jeff currently serves as the Executive Director of the Hillsborough Street Community Service Corporation (HSCSC), a three-mile long Business Improvement District in Raleigh, NC, adjacent to NC State University. As the organization’s first employee he has built the startup nonprofit corporation from its formation, designed its base programs and services and established a vision for the future of the street. He produced the award winning Live It Up! Hillsborough Street festival, which celebrated the completion of a $10 million dollar streetscape redevelopment project, and won the 2011 Outstanding Planning Award from the NC Chapter of the American Planning Association. Since moving to Raleigh, Jeff has completed the Citizens Leadership Academy and the Raleigh Neighborhood College, both offered by the City of Raleigh and is working to get a Certificate in Project Management from NC State.

Recently, Jeff was also hired as the Executive Director of the Blue Ridge Corridor Alliance, a newly-formed nonprofit corporation focused on the economic redevelopment of the business corridor adjacent to Hillsborough Street and the Rex Hospital Campus.

Jeff served as Executive Director of the Harrisburg Downtown Improvement District from 2005 to 2008. In that position he helped the capital city to continue its growth as the economic engine of Central PA. Under Jeff’s direction the HDID produce the award-winning PA Hometown Hero’s memorial, which honored the service of soldiers from PA who were killed in the War on Terror. In addition to increasing the HDID’s operating budget, he elevated its profile in the community, and added new services and programs. He significantly expanded the HDID’s marketing and tourism activities with innovative new e-communications programs and a group membership with the Tourism Authority to downtown Harrisburg as a distinct destination. He also significantly expanded the widely popular summer flower and winter holiday lights beautification programs.

For nearly two years, Jeff was self-employed. He worked as a small business and association consultant. He assisted his clients with business development and growth projects, financial and marketing plans, as well as raising funds, customer relations, and sales.

Jeff spent nearly 12 years as a dedicated public servant working for the Senate of Pennsylvania as Chief of Staff to a senator, the Executive Director to the Senate Communications and Technology Committee, and the Executive of the Agriculture and Rural Affairs Committee.

His legislative accomplishments include the passage of the graduated driver’s license law that increased the educational requirements for teen drivers. He authored legislation focused on cyber-crimes and enhancements to citizen’s privacy protection to combat identity theft. Additionally, he was the lead senate staffer behind the passage of the Commonwealth’s comprehensive telecommunications law. He also authored the law that used funds from the Tobacco Settlement to create three Life Science Green Houses that are incubators for new businesses in the health and life science industry.

As an active participant in the community, Jeff serves on the Board of his Home Owners Association in Raleigh. Prior to moving to Raleigh, he was on the board of the Hershey Harrisburg Regional Visitors Bureau, was the President of the Board of Keep Harrisburg Beautiful, a board member of Downtown Daily Bread (a food shelter), Harrisburg Young Professionals, was on the Government Affairs Committee for the Central PA Arthritis foundation, and served as a mentor for incoming students at Harrisburg University for Science and Technology.

Jeff is actively involved with his fraternity, Sigma Chi, serving as Chapter Advisor and House Corporation Board Member to multiple chapters and in 2013 was elected a Grand Trustee, responsible for assisting chapters in purchasing and maintaining chapter houses.

Jeff graduated from Dickinson College, in central PA, with a Bachelor of Arts Degree in Political Science. He is an avid traveler, a huge college sports fan, and loves to ride his bike and ski.