Every year at the Live It Up! Hillsborough Street Annual Meeting, the organization honors the people and organizations who have helped move the district forward with their commitment to excellence. These individuals exhibit the best in customer service, performance, and lifetime commitment to the success of the Hillsborough Street Community. We also hand out awards at our biannual Learn It Up! events regarding merchant design.

Lifetime Achievement Award
The Lifetime Achievement Award recognizes a business or organization within the Hillsborough Street District that has been established for a minimum of 10 years, contributes to the vitality of the District, demonstrates quality customer service, and goes above and beyond the duties of the establishment to promote the advancement of the District.

Merchant Design Award
The Merchant Design Award recognizes a district merchant for their attractive business design and enhancement of the visitor experience. Unlike the other awards, this is handed out biannually at our Learn It Up! events throughout the year. 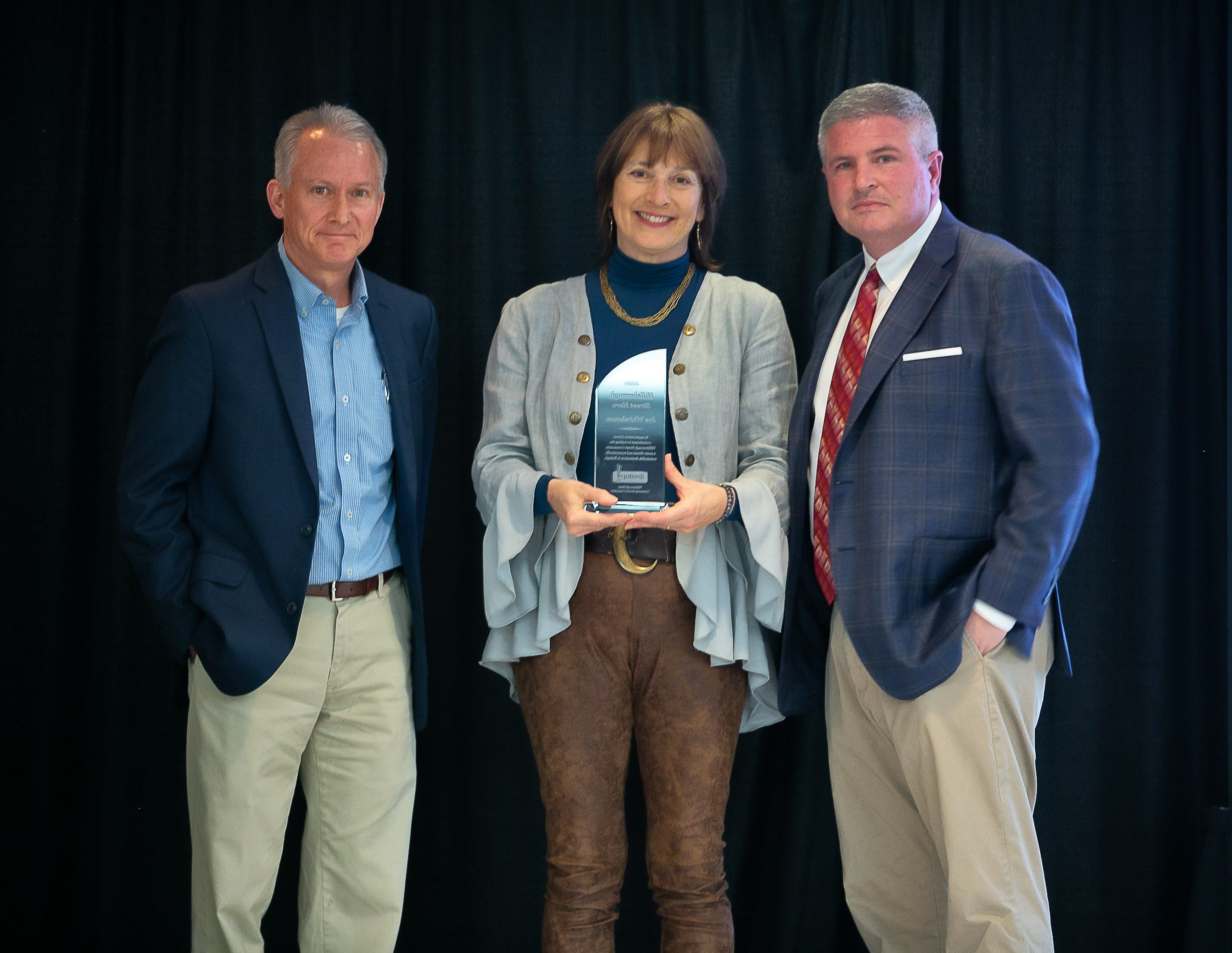 Joe Whitehouse served as the President of the HSCSC Board of Directors for two years and currently remains as an ex-officio member. He is also the owner and President of Creative Urban Environments, a real estate development firm located in Raleigh. He has lived in Raleigh off and on since 1974 with his wife Schelli, where they raised two children. He is a graduate of NC State University and has had a strong hand in the renaissance of Hillsborough Street, including leading the Aloft Hotel Project. 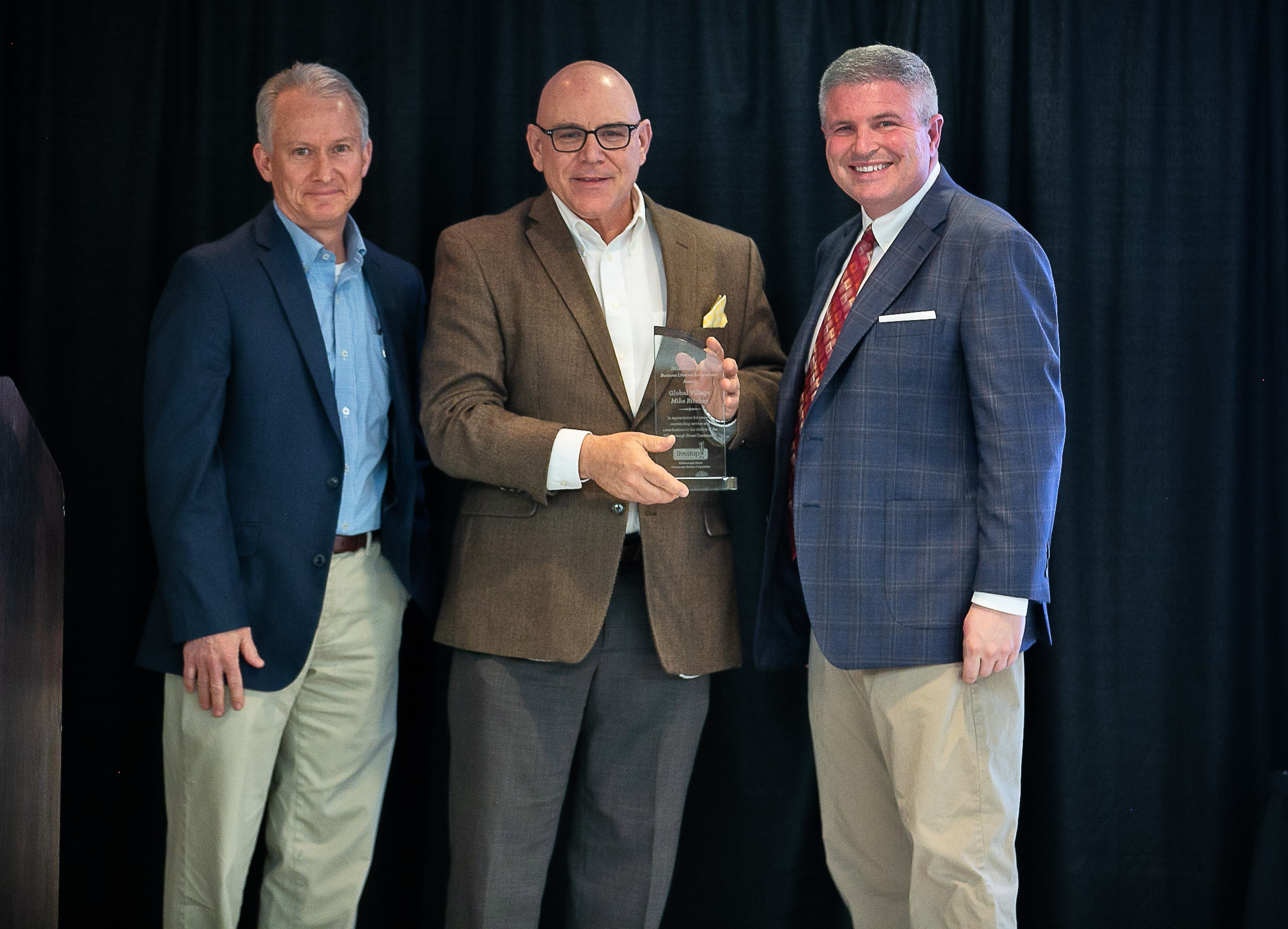 Mike is the owner of Global Village, which opened its doors the Monday after Thanksgiving in 2000. Global Village was the first exclusively Organic Coffeehouse in the Triangle then and is still so today.  From the beginning, their mission has been to serve quality Organic Coffee and Tea in a welcoming and respectful setting.  In doing so, they honor the environment, the growers, the product, their staff and their guests. Hillsborough Street has changed greatly over the years, as has Global Village.  But they remain steadfast in their core values: a responsibility for the environment and nurturing a true sense community on Hillsborough Street. 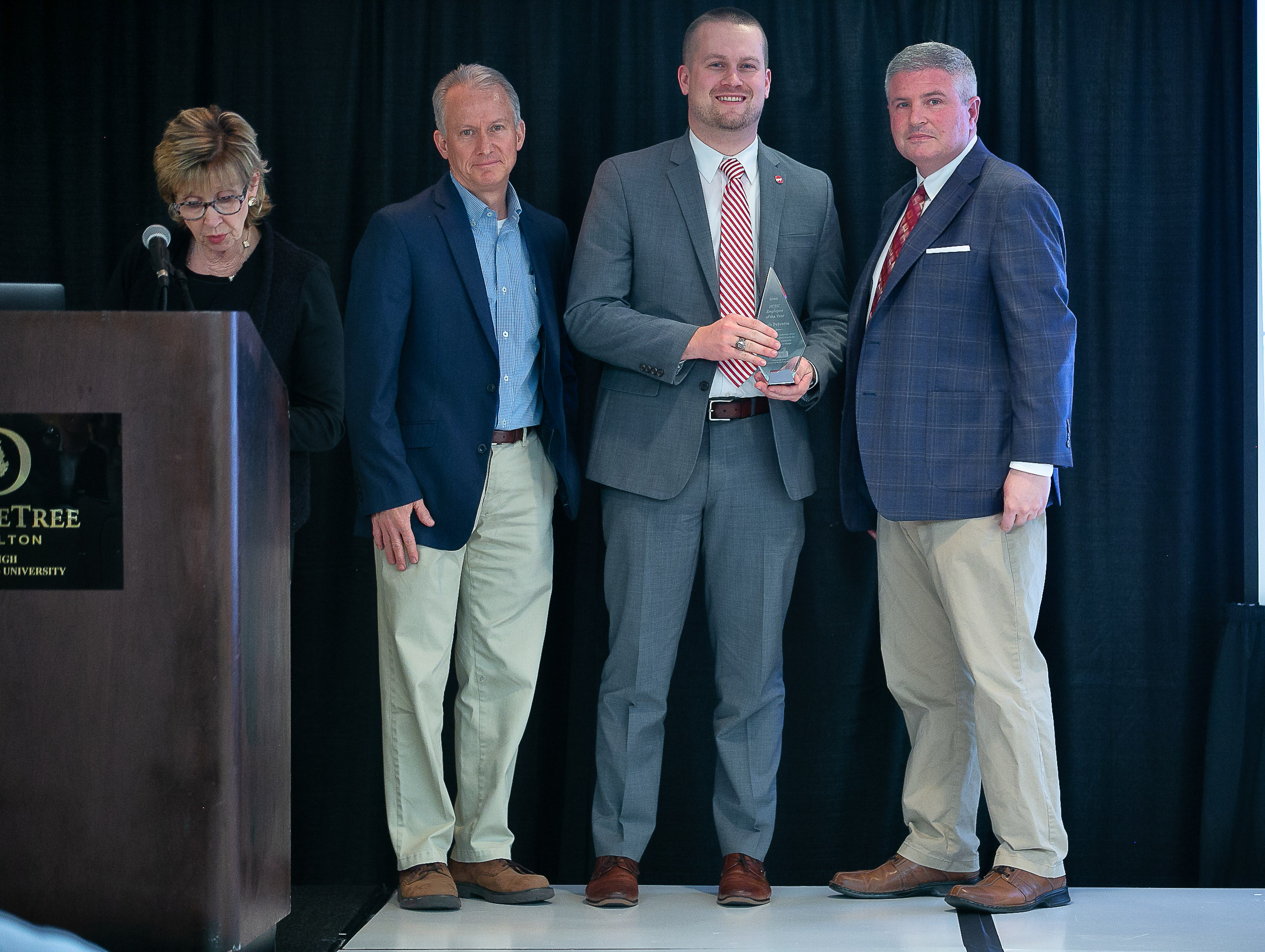 Josh Privette grew up just east of Raleigh in Wendell, NC. The son of a police officer and a nurse, civic engagement and involvement was never a question. After completing his undergraduate degree in Political Science, Josh began working at the NC State Alumni Association with student programs helping to build affinity for NC State University through programs like Student Alumni Association, Homecoming, and campus traditions. Through his partnership with us at HSCSC, his commitment to growing Homecoming every year as a meaningful event has helped strengthen the connection between alumni and Hillsborough Street by leaps and bounds. After departing the Alumni Association in July of 2019, Josh joined the NC State Division of Academic and Student Affairs as a frontline fundraiser and alumni relations professional, helping to guide current and potential donors on their philanthropic and engagement journey with NC State University. 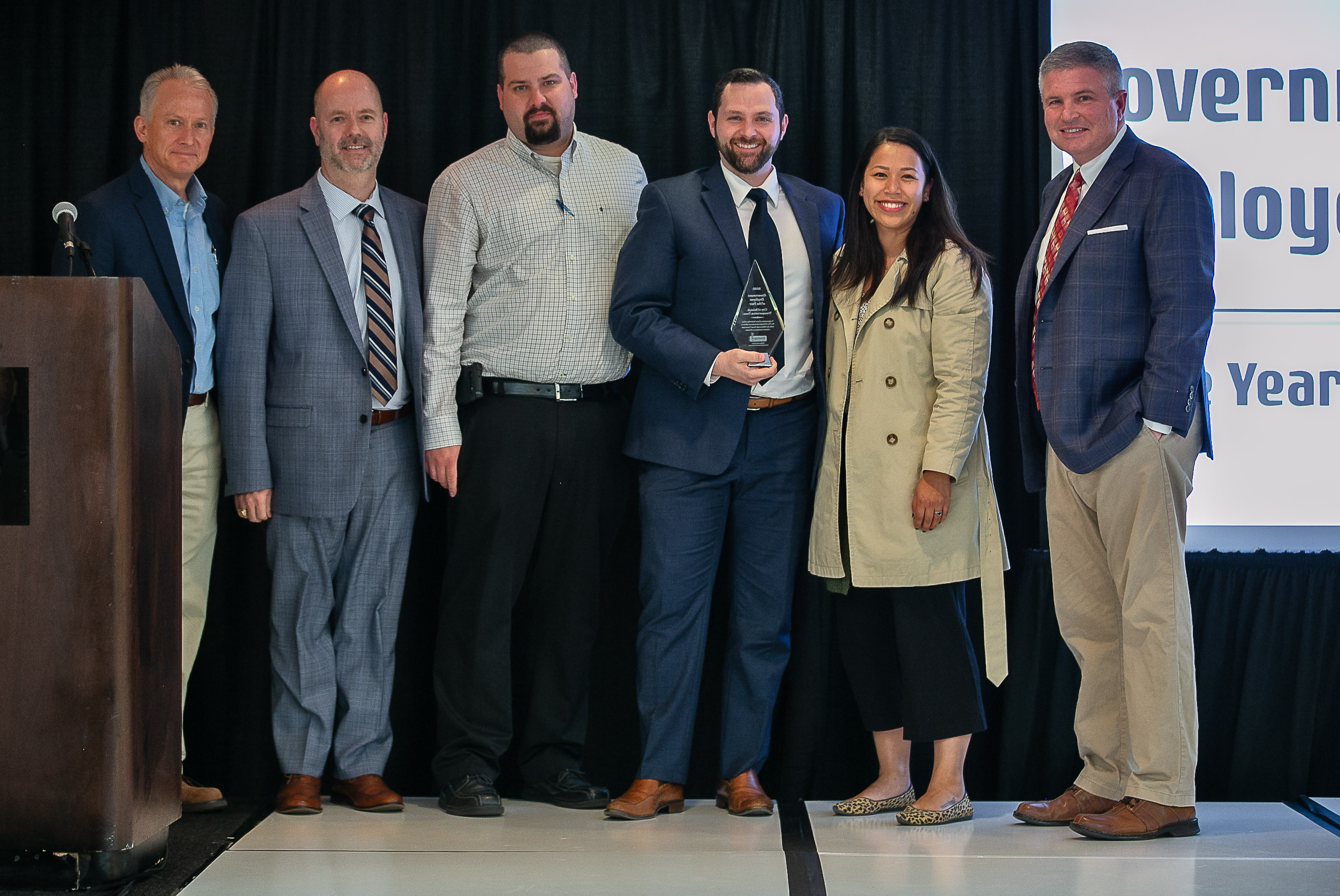 Raleigh Parking and the Hillsborough Street Community Service Corporation worked collaboratively to implement best practice parking strategies identified in both the City’s and H-S-C-S-C’s parking studies to help mitigate parking concerns along the corridor. This included installing state of the art parking meters in mid-October 2019 as well as installing new wayfinding signage to point visitors toward off-street parking locations. The project included working with the Hillsborough Street Community Service Corporation from the ground level to garner community support and spread awareness of the change. Live it Up! Ambassadors and Raleigh Parking staff worked hand-in-hand during the transition and educated parkers of the new machines, new signage, new rates and new metered parking hours. 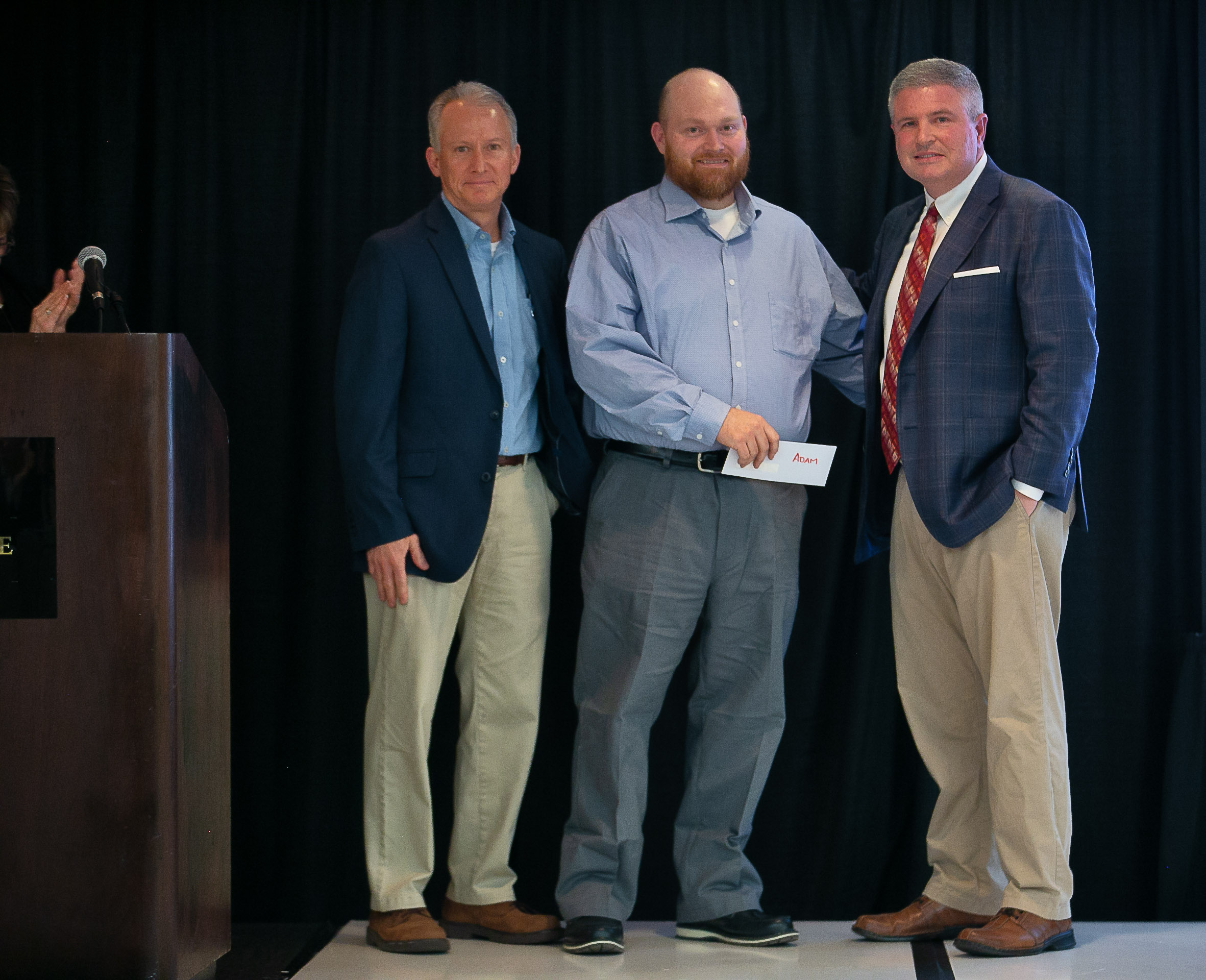 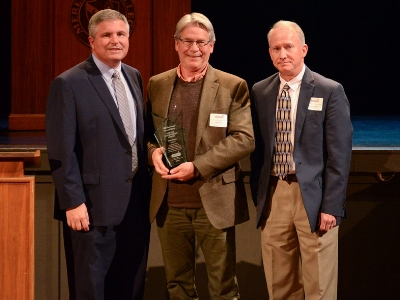 Currently the manager of a consulting firm and an Assistant Professor of the Practice in the Landscape Architecture program at NCSU and a former Assistant City Manager for Raleigh, Dan Howe has extensive experience in city planning and municipal government. He began his involvement with Hillsborough Street as a graduate research assistant with the University Neighborhood Planning Council in 1985. In his role as planner for the City of Raleigh, he designed the Pedestrian Business Overlay Zoning District standards, first applied on Hillsborough Street, that received an Outstanding Planning Award from the NC Chapter of the American Planning Association. 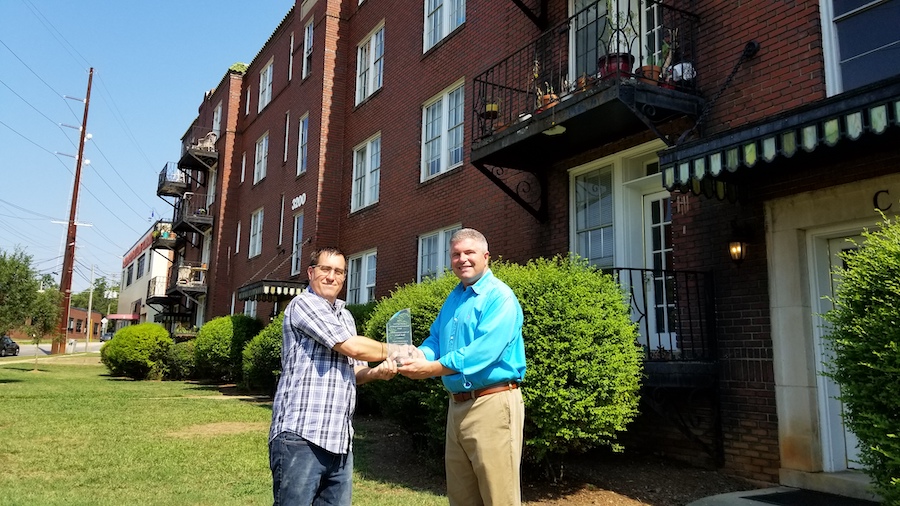 The first apartment building built west of the North Carolina State University campus, the Wilmont takes its name from the subdivision located directly to the north. Daniel Allen, a real estate entrepreneur who developed the Wilmont, Hayes-Barton, and Mordecai neighborhoods, and builder C.C. Pierce constructed the Wilmont in 1926. The four-story U-plan building features Spanish Colonial-influenced details, including a stepped parapet with a green tile ornamental roof, an arched parapet piercing the tile roof at the center of each bay, and brick arches. The central bay has a concrete panel with the word “Wilmont” carved into it. 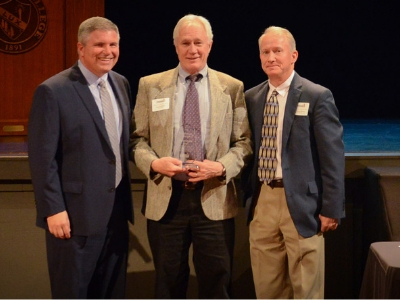 Richard joined the City in January 2015 as a Project Engineer II, and shortly after that took over the project management of the Hillsborough Street Renewal, Phase 2 Project.  Prior to joining the City, Richard worked for NC DENR in the Public Water Supply Section, with over 24 years working at private sector civil engineer firms.  Richard is an alumni of both North Carolina State University, where he graduated with a Bachelor of Science degree in Civil Engineering, and UNC-Wilmington, where he earned a Bachelor of Arts degree in Earth Sciences (Land Surveying). 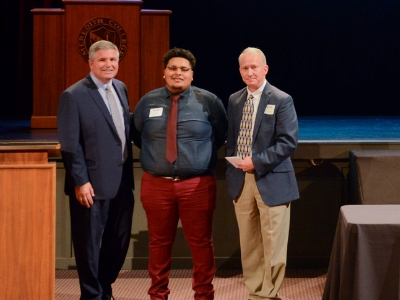 Juan is our youngest ambassador and has been with us since April 2016. He has a great, upbeat personality and a good heart, always working to make Hillsborough Street the cleanest and safest it can be. He is self-motivated and a hard worker, and we’re so thankful to have him working alongside us.

The Remedy Diner was honored as our first recipient of the Merchant Design Award for their attractive business design and enhancement of the visitor experience. We thank them for being a positive addition to our community. 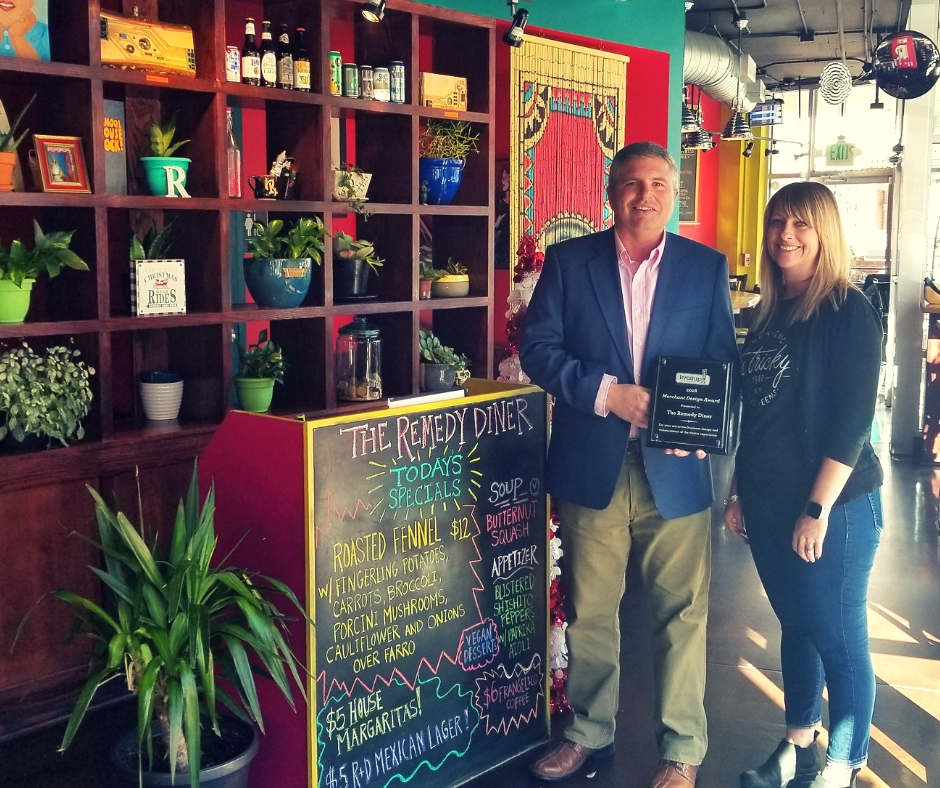 Zaxby's was honored as our Spring 2019 recipient of the Merchant Design Award for their commitment to the community through their business. We thank them for being a strong member of our district! 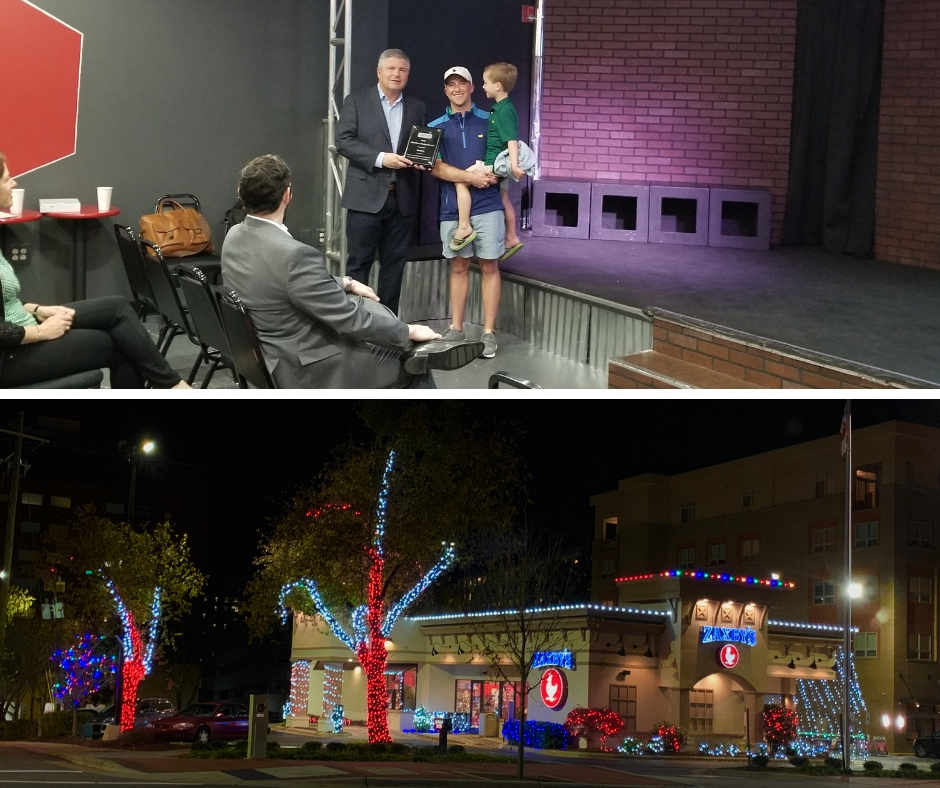 The Preiss Company was honored as our Fall 2019 recipient of the Merchant Design Award for their landscaping details and community commitment. We thank them for being a strong member of our community! 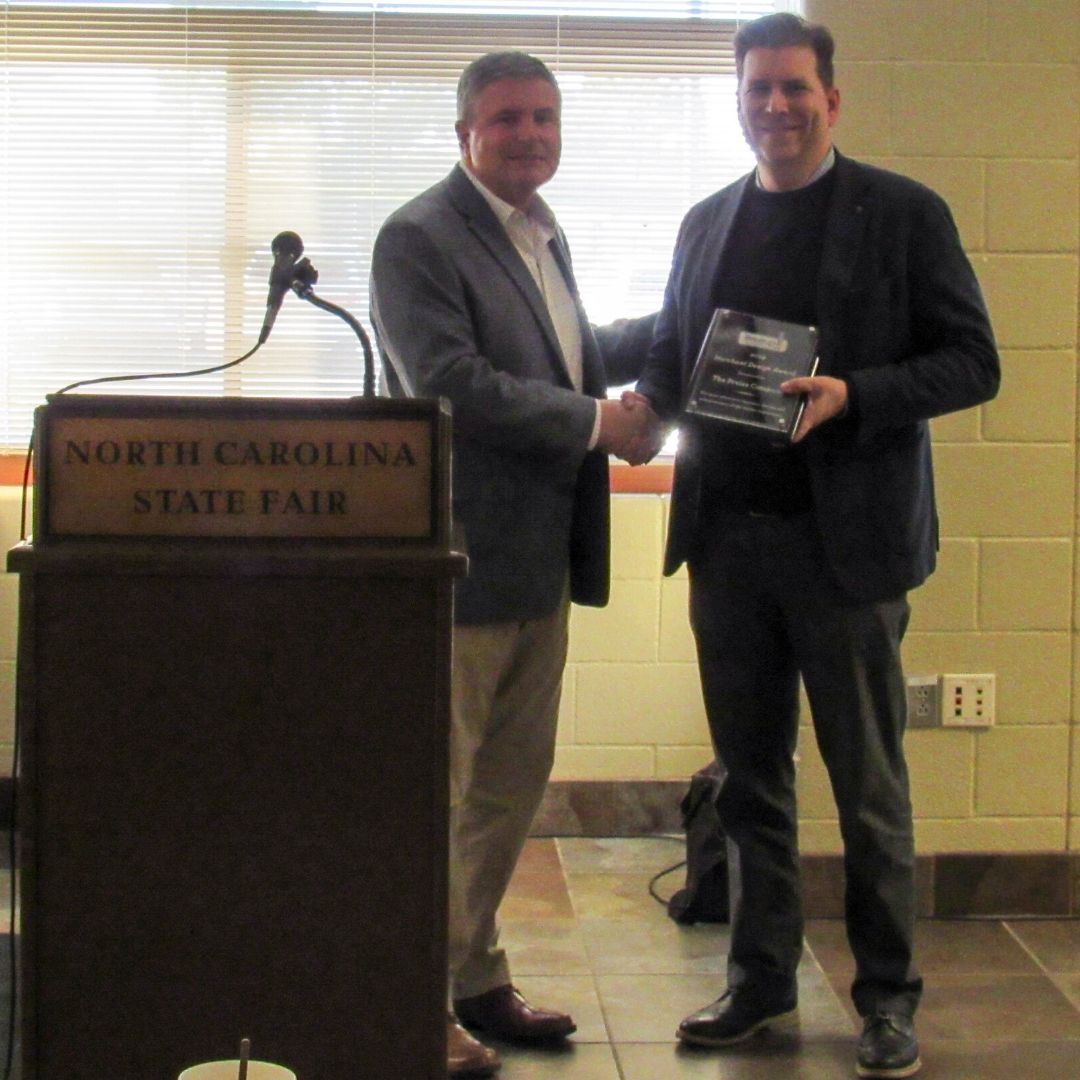 Lucky Tree was honored as our Summer 2020 recipient of the Mercahant Design Award for their public art and unique visitor experience. We thank them for being a strong member of our district! 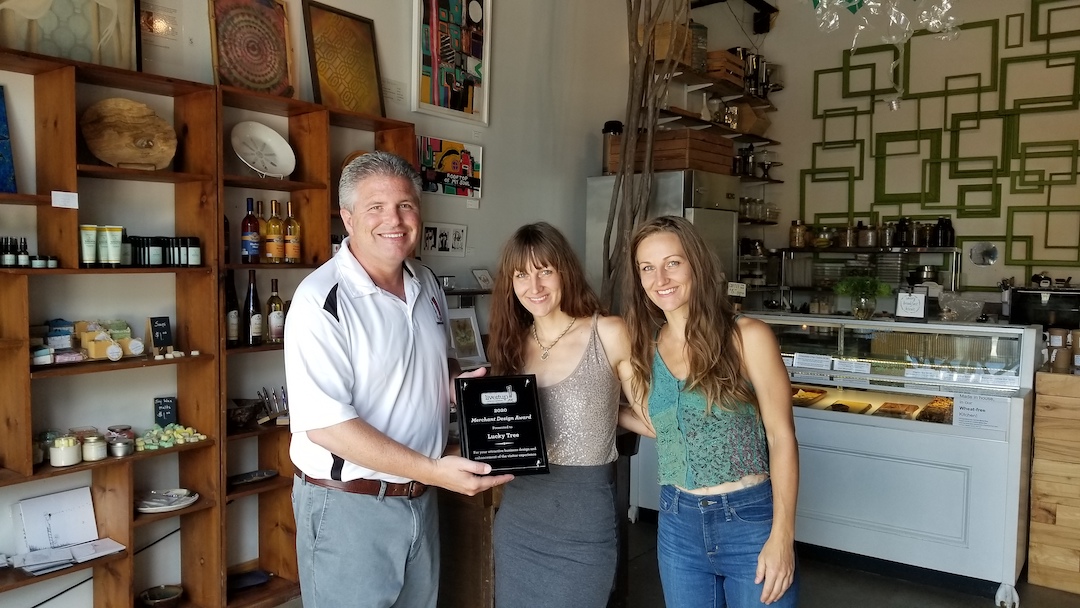