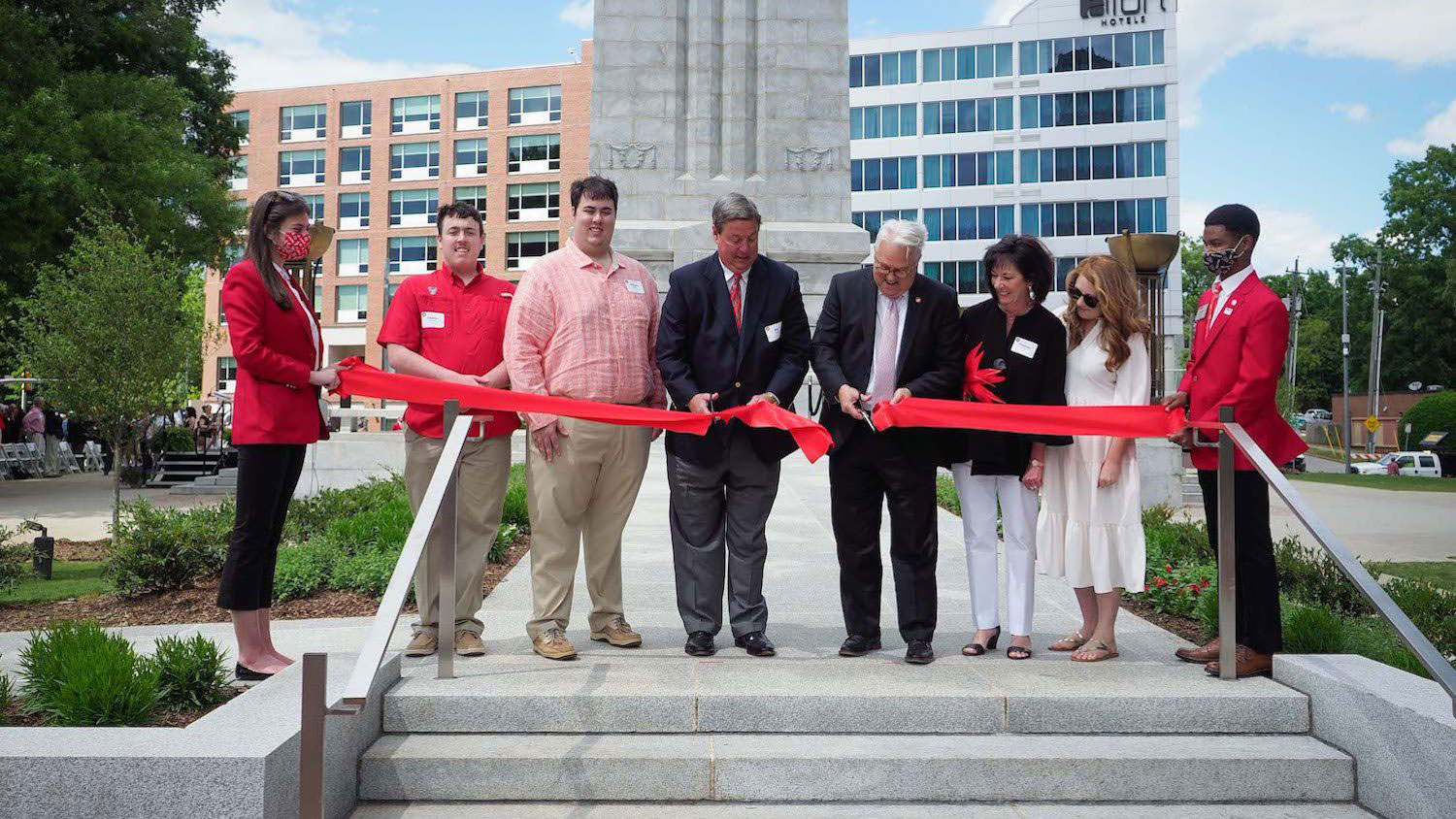 One hundred years after the cornerstone of NC State’s Memorial Belltower was laid, the tower’s belfry was outfitted with its first bell carillon. Overhauled with clockwork renovations and exterior restorations, the 115-foot monument stands as a testament to the University’s engineering prowess. The $6.5 million renovation project, a part of the University’s “Think and Do the Extraordinary” Campaign, was made possible by donations from Bill and Frances Henry in 2017.

When construction began in August 2019, renovations were expected to conclude a little over a year later, but the pandemic pushed the project back to this year. The latest evolution of the Belltower includes new drainage systems, new lighting, a repolished exterior, interior stairs, and a restored memorial plaque. Five underground wells below the tower foundation employ geothermal heating and cooling to condition the new bell carillon apparatus properly. The renovations modernized the monument while respecting its historic foundations by incorporating existing cobblestones into masonry refurbishment.

The Belltower was rededicated as the Memorial Belltower at Henry Square, honoring the extraordinary donation from Bill and Frances Henry. The century-old engineering marvel was erected in dedication to NCSU alumni who served in World War I. Bell-less for the entirety of its prior existence, the Memorial Belltower finally rings true to its name. The successful renovation marks the completion of just one of NC State University’s many development and modernization projects.